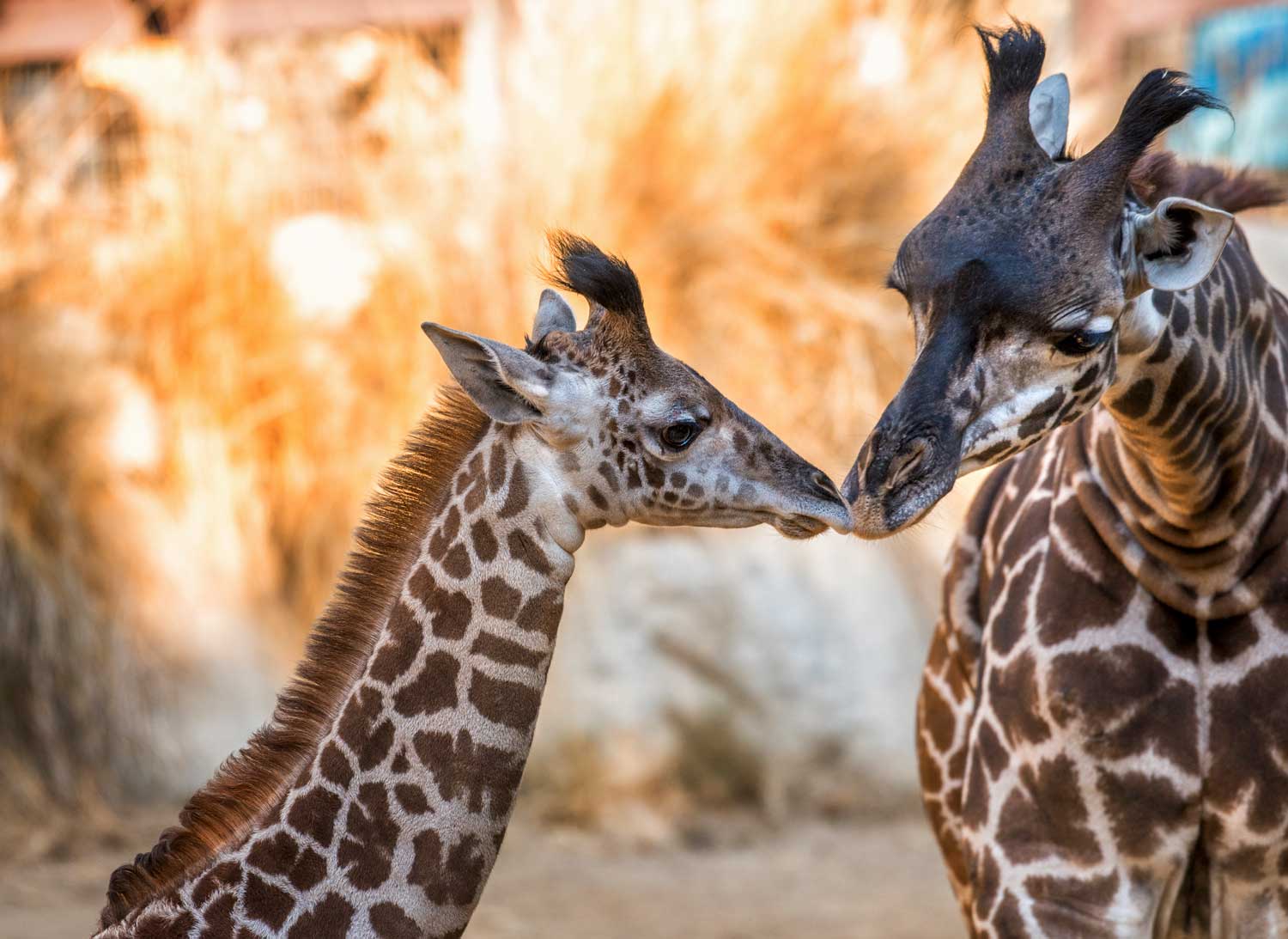 Part 1: My Experience Working at Zoos & Aquariums: a long story, by Amanda Winter

June is Zoo and Aquarium month! In light of celebrating this, I thought it would be appropriate to discuss a few aspects about zoos and aquariums. As a zoo professional, I have answered countless questions, not only about animals specifically but the places that contain them. What exactly is a zoo (or aquarium)? What occurs there, and what exactly do their employees do all day? And most importantly, why does it matter? There’s a lot to talk about, so please bear with me.

My Journey to Zookeeping

I will begin with Part One; in which I tell you a little bit about my personal story. Upon graduating high school, though I adored animals from an early age, I had a very different career in mind. I actually originally went to college to study fine art and photography. Unfortunately, I did not find the fulfillment I expected to when attempting this sort of career. My dream had been to work for National Geographic, traveling the world as a nature photographer (how adventurous!) This turned out to be a very lofty goal indeed, not to mention an extremely competitive one. I ended up spending most of my time not only dealing with frequent criticism of my art and photography, but also taking photos of families, weddings, or shooting stock photography, which was not at all what I had in mind to do for the rest of my life.

While attending school, I worked in a pet hospital. Since I had always loved animals, I thought I might someday change my degree to something pertaining to animal care. Though I was quite comfortable caring for dogs and cats, as well as many other types of pets, it wasn’t until I started another job when I finally found the type of facility in which I felt the most at home. This was working at Sea World, in San Antonio, Texas. Growing up in San Antonio, there was rarely a weekend in which me and my family did not attend either Sea World or the San Antonio Zoo. So, I was no stranger to visiting zoos and aquariums. However, I did not aspire to become a zoo professional until given the opportunity to go to a job fair. And wouldn’t you know it, seasonal positions were available at Sea World!

A Deep Dive into the World of Zoos and Aquariums

I was hired as an interpreter, tour guide, educator, and all-around animal spokesperson for Sea World San Antonio. During my time there, I learned so very much about animals. Furthermore, I learned about animal care within zoological facilities. I even learned what it means to be an accredited zoo or aquarium, and why zoos and aquariums matter. As I said before, I was already a huge fan of zoos and aquariums, but I became an advocate and spokesperson for them after working within their walls. This was a true match for me. I knew I had finally discovered what it was I should do with the rest of my life. I didn’t know exactly what I would do specifically, or where I would end up. Yet, I knew that I definitely wanted to be a zoo professional of some kind.

So, after my very positive experience working at Sea World, I decided I would be happiest zookeeping in some way. Unfortunately, just like working for National Geographic, the end goal of actually getting hired as a fulltime paid (not volunteer) zookeeper in decent zoos or aquariums is also usually a very competitive ordeal. Lots of people want to work with animals, and a lot of people apply. The problem wasn’t my lack of passion, excitement, general knowledge, or ability to make this my life’s work. In fact I had several interviews, and I feel that I was at times very close to success. The primary issue was that I did not have an animal-related college degree. Remember: I went to school to be an artist. So, even though I often made a good impression, I was told “no” time and time again.

I applied to many animal care jobs, had interviews, but always fell short. For a while, I thought my dream was over. I worked here and there but all in all, I gave up on the impossible dream. Fast forward several years later when I hear about a special school in Florida. This school designed specifically to help students learn how to become, and get a job as, a zookeeper. So, I applied to the program, and was accepted!! Thus, began the next chapter of the rest of my life. During my over two years within this program, I also worked at a zoo. This zoo was accredited by the Association of Zoos and Aquariums (AZA). This means that they are held to very specific and high standards of care for the animals (among other things), and have to meet those requirements in order to maintain their accreditation. (Sea World is also an AZA accredited zoological facility by the way.)

After learning exactly what I needed to know, doing exactly what I needed to do, and giving my time, money, blood, sweat, and tears to what honestly felt like zoo keeper boot camp, I graduated with a degree in zoology! Not only that, but I had now worked at three separate veterinary clinics caring for animals, Sea World as an animal interpreter (among other titles), and Santa Fe College Teaching Zoo as a zookeeper (working with birds, mammals, reptiles, amphibians, and arachnids—oh my!) Now it was time, not only to move back to Texas from Florida, but to think about where to apply for a job at any zoos and aquariums. And guess what— with the help of my new resume, I finally got myself a real-life paid zookeeping job!!

Zoos and Aquariums, Here I Come!

After finishing zoo school, I landed an animal care job at Corpus Christi’s Texas State Aquarium, another AZA accredited facility. At this wonderful place, I cared for birds and mammals, who were on exhibit and involved in live animal shows. Here, I worked with wonderful animals, including rehabilitated shore birds, exotic mammals, tiny toucans, free flighted raptors, and many more! I truly loved working at this amazing place, just as I loved working within the walls of Sea World. Unfortunately, while I desired to stay at Texas State Aquarium longer, my job was a temporary seasonal position. Regretfully, I had to say goodbye to my friends there. That included the animals whom I had worked with and grown to love so very much.

However, my next zoo opportunity was a fulltime mammal keeper job back in my hometown of San Antonio, Texas! The zoo originally hired me on to care for primates, small cats, and other smaller mammals. Later on, I moved to another mammal department. There I worked with animals including large and small hoofed mammals, exotic pig species, marsupials, large birds, and many more. Working at the San Antonio Zoo was extremely laborious, and practically like “zoo boot camp” all over again.

Nonetheless, I certainly appreciated all the experiences I gained working with such amazing animals, and would not trade those experiences for the world. Yet, I knew that the work there was not exactly for me. It was difficult but I began looking for a position with opportunities for more formal hands-on training with animals. In other words, a similar experience to what I had grown accustomed to at Texas State Aquarium. I also missed talking to the public about animals on a regular basis, as I had fallen in love with long ago, at Sea World.

The Search For Something More

I started searching for more opportunities, and asking around about what might be available. Shortly after, I applied to be (and was hired on as) an animal trainer at Dallas Zoo. During my time there, I not only cared for a wide variety of animals, but also trained them and talked to guests about them on a daily basis in formal presentations! This was definitely the sort of work I longed for, as I am absolutely passionate about animals, caring for them, and teaching people all about them as well. Not only that, but I gained even more experience and knowledge regarding animal training; something I had admired dolphin, whale, sea lion, bird, and other animal trainers doing at Sea World (and other facilities) my whole life! It was truly a dream job.

I did miss home though. I tried to love Dallas, but it just wasn’t for me. And after a few years living there and working at the Dallas Zoo, my fiancé and I decided the right thing for us to do was to move back to San Antonio, where we could be closer to our family members as well. Once more, I had the difficult task of saying goodbye to the wonderful animals I had grown to love, and the great friends I had made. So, what was I to do now with my life? Should I go back to San Antonio Zoo, even though I knew it wasn’t the exact job for me? Or should I try to become a dolphin or sea lion trainer at Sea World? I’m not the best swimmer, so it honestly isn’t an option, and even more honestly—it’s just not my calling.

Thus, my new endeavor, Once in a Wild, was born!! After much consideration, thought, and research, I said to myself, “what if?” What if I could do what I love, and open up my own company doing it? It would not only take a lot of thinking outside of the box, but a lot of work, but, would it be worth it!? So here I am today, teaching people about animals up close and personal (and even virtually) through hands-on experiences and other methods. Little by little, I’m seeing how my whole life has led to this very moment. I started out thinking that I wanted to be a professional photographer, but now I’m a business owner, running my own mobile zoo! Never in my wildest thoughts would I have imagined I would be able to say that, but it’s true!

I tell my story to say this: these are my personal experiences working within zoos and aquariums. I’ve not only seen what goes on, and participated, but I’ve literally made it my whole life. I’m so very passionate about what happens within the walls of these amazing facilities, and will continue to stand by the work they do for the rest of my days. Though I left the traditional “zookeeper” job, I absolutely will continue to work with and for animals for the rest of my life, thanks to the many experiences that I have had during my time in those places.

While “zoo boot camp” is over, it has forever changed me, inspired me, and has only fueled the fire within me even more so to continue to not only support zoological facilities, but advocate for them. And, it is because of them that I am able to experience the dream of not only having the job I want, but I am also able to live day-to-day knowing that I am doing what I am truly here on earth to do.